Cheap Trick is an American rock band from Rockford, Illinois, formed in 1974. The band's members are: Robin Zander (lead vocals, rhythm guitar), Rick Nielsen (lead guitar, backing vocals), Tom Petersson (electric bass, backing vocals), and Bun E. Carlos (drums, percussion.) Some of their songs are 'Surrender', 'I Want You To Want Me', 'Dream Police', and 'The Flame'. Cheap Trick also performed a cover version of Big Star's 'In the Street' as the theme song for That 70's Show from the second season onward. They also did the theme song 'Baby Mumbles' for The Colbert Report. The Illinois State Senate has declared April 1st to be 'Cheap Trick Day'. The band was also ranked No. 25 in VH1's list of the 100 Greatest Artists of Hard Rock. Cheap Trick is well-known for its use- and large collection- of unusual guitars and basses. Not one of Cheap Trick's first three albums made it into the Top 40 in the United States. In Japan, however, all three albums became gold records. When Cheap Trick went to Japan to tour the country for the first time in 1978, they were received with a frenzy reminiscent of Beatlemania. During this tour, in April 1978, Cheap Trick recorded a live show for their loyal Japanese fans at the Nippon Budokan. The show was released as a live album titled 'Cheap Trick at Budokan', which was intended to be exclusive to Japan. The album suddenly became a popular import to the United States, and demand for the album became so great that Epic Records finally issued the album in the U.S. in 1979.
Posted by Unknown at 1:40 PM No comments:

Judas Priest was created in Birmingham, England-the same town as Black Sabbath-in 1971. In 1974 they were signed to a small record label and released Rocka Rolla to poor sales. Their second album, Sad Wings of Destiny did so well that they received a record deal with Columbia Records in the United States. Columbia Records released Judas Priests' next album, Sin After Sin. Hell Bent For Leather, released in the U.K. with the title Killing Machine, was Judas Priests U.S. breakthrough album. It gained the band a lot of success within the metal community. They then released British Steel, which entered the U.K. charts at No.3. In 1982, Judas Priest released Screaming for Vengeance which entered the U.S. charts at No.17 and in time went platinum.

Posted by Unknown at 2:40 PM No comments:

The Boston-based rock band Aerosmith was one of the most popular hard rock bands of the 70s, setting the style and sound of hard rock and heavy metal for the next two decades. They landed a record contract with Columbia Records in 1972. Aerosmith's ability to pull off both ballads and rock & roll made them extremely popular during the mid-70s, where they had a string of gold and platinum albums. By the early 80s, the group's audience had begun to decline as the band fell prey to drug and alcohol abuse. But, in the late 80s, Aerosmith pulled off one of the most remarkable comebacks in rock history, returning to the top of the charts with a group of albums that equaled, if not surpassed, the popularity of their 1970s albums.
Posted by Unknown at 1:58 PM No comments:

Since forming in 1973, AC/DC's high voltage rock n' roll has flowed out into the world via consistently sold-out concert tours and global sales totaling more than 200 million albums and counting. AC/DC has sold nearly 71 million albums in the U.S. alone, making AC/DC one of the 5 top-selling bands in American music history. 'Back in Black' has achieved RIAA 'Double Diamond' status, for sales excessing 22 million copies in the United States and is the U.S.'s largest-selling album ever. The musical core of the band, Angus and Malcolm Young, were born in Glasgow, Scotland in 1953 and 1958. In 1963, the Young family moved to Sydney, Australia. Some AC/DC songs are: High Voltage, T.N.T., Dirty Deeds Done Dirt Cheap, Let There Be Rock, Powerage, and Who Made Who. Members of the band are: Brian Johnson-vocals, Angus Young-guitar, Malcolm Young-guitar, Cliff Williams-bass, Phil Rudd-drums, and Bon Scott-vocals.
Posted by Unknown at 8:45 PM No comments: 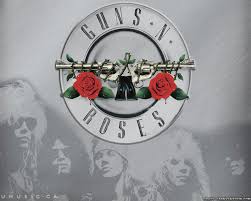 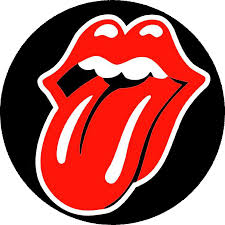 The Rolling Stones formed in 1962. They have become one of the world's most recognized and enduring bands. Their first show occurred on July 12, 1962 at the Marquee. The band's single '(I can't get no) Satisfaction ' held the #1 spot for four weeks and went on to become probably their most famous song. At a free Thank-You America concert given by the Stones, a young black fan, Merideth Hunter, was stabbed to death by members of the Hell's Angels motorcycle gang. The Stones had hired the gang- on the advice of the Grateful Dead- as security for the event. The murder was captured on film by the Maysles brothers in their documentary, 'Gimmie Shelter'.
Posted by Unknown at 8:00 PM No comments:

Jimi Hendrix is widely recognized as one of the most creative and influential musicians of the 20th century. He pioneered the explosive possibilities of the electric guitar. He was born Johnny Allen Hendrix on November 27, 1942 at 10:15 a.m. at Seattle's King County Hospital. He was later renamed James Marshall by his father. His name became Jimi Hendrix when he started performing. Jimi Hendrix was unable to read or write music, so it is nothing short of remarkable that his meteoric rise in the music industry took place in just four short years. He played at the Woodstock Music & Art Fair in 1969. Some of his songs are Hey Joe, Foxey Lady, Fire, Are You Experienced, The Wind Cries Mary, & Purple Haze.
Posted by Unknown at 8:23 PM No comments: